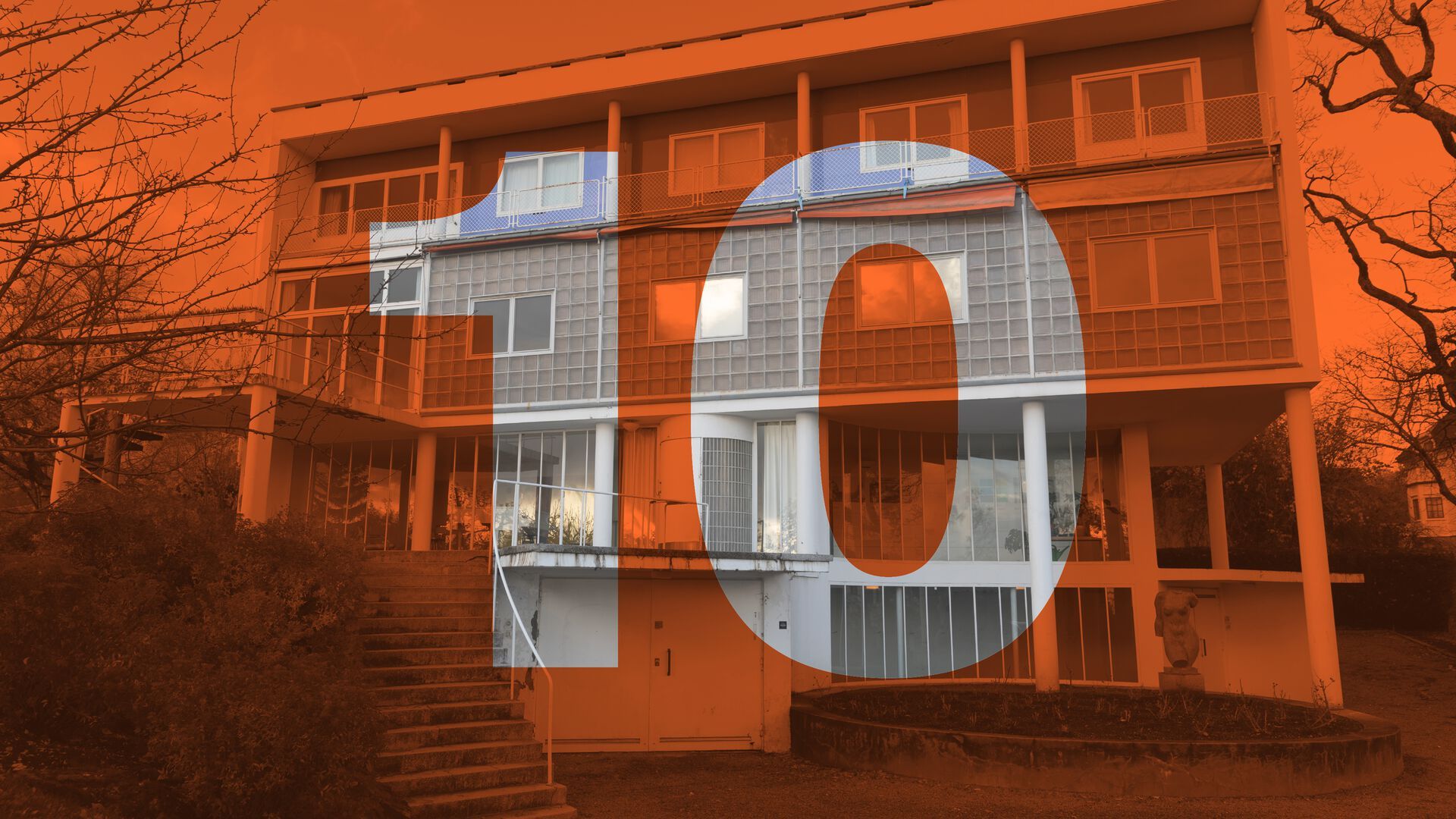 Fling wide the door, unbar the gate; on a scale from one to nine, this house is number ten! The address is exquisite, the house is a masterpiece and tonight, a whole lot of artists will show up.

Villa Stenersen is arguably Norway’s most iconic building. Its distinctive features, such as accentuated columns and spacious rooms, reflect the architectural principles of functionalism. The building was designed by the famous architect Arne Korsmo for the financier, author, and art collector Rolf Stenersen. Arne Korsmo was significantly inspired by the work of Le Corbusier. The building functioned as the family’s home, but also as an exhibition space for Stenersen’s large art collection. During the cold war, Prime Minister Oddvar Nordli lived in the building, but after only two years he had to move because it was too cold… Eventually, the building began warming up and today it is owned by The National Museum. The Stenersen collection consists of many of Edvard Munch’s works, and it has been moved to the new Munch Museum.

Zeroes and ones are building blocks in the advanced digital architecture. The intelligent artist who creates the number ten has truly seen the light and he can do magic with numbers.

An international artist collective has moved in behind door number 10. Villa Stenersen becomes Villa Villekulla. People, sounds, doors, faces, windows, arms, light, walls, words, and legs. Everything is fused together to create art. A ten-way communication without limits takes place where time and space explodes like an unforgettably scenic firework. Colourful art history is being made in the white house at Vinderen on December 10. The whole world is expected to be there.