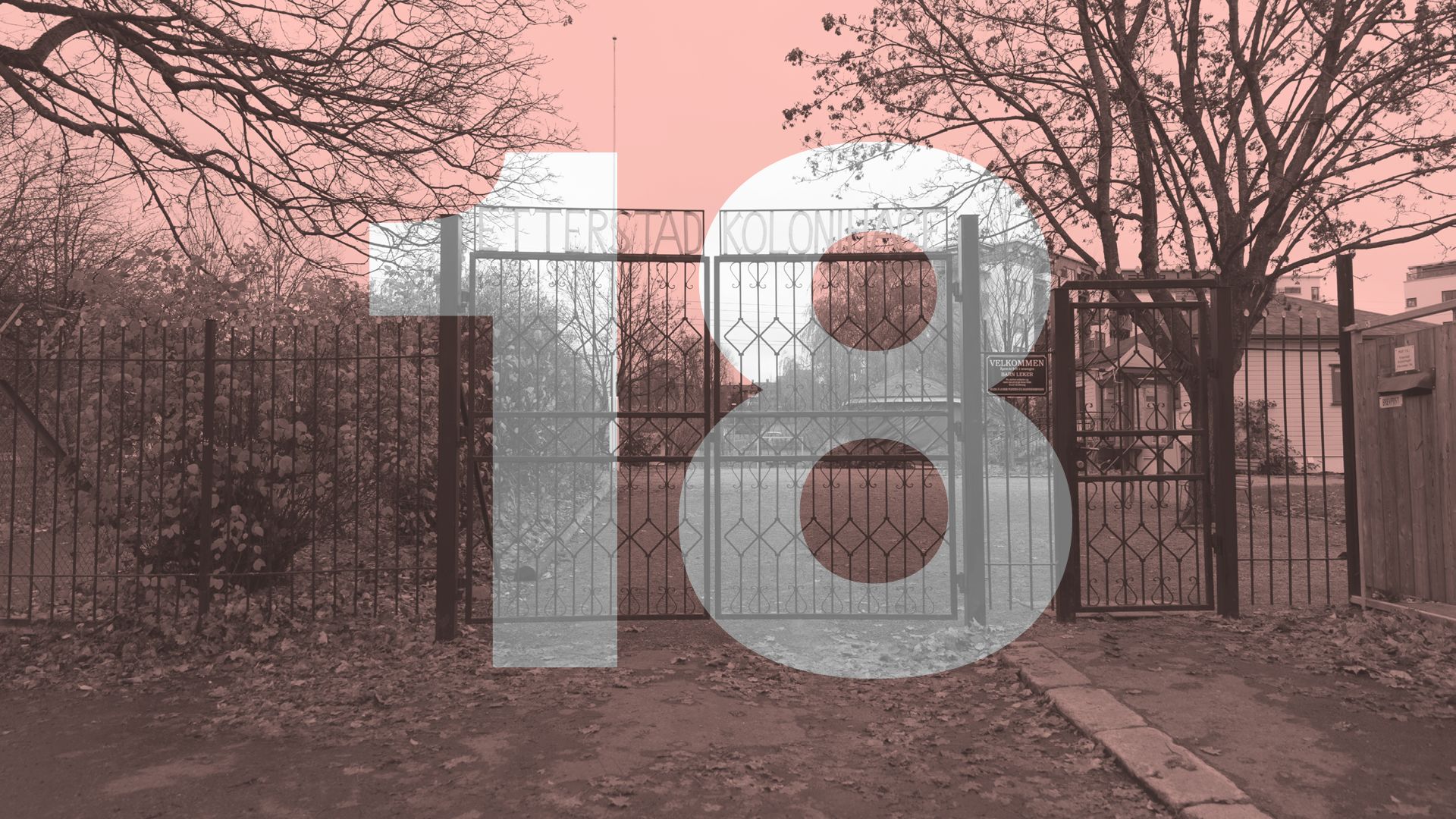 When the beautiful steel gates of Etterstad kolonihager are opened on December 18th, it will be quite the sensation. The gardens are actually closed for now, and nature is in winter hibernation. The plants are waiting – for brighter times. We are therefore taking art with us into the green paradise that is Etterstadgata 18.It’s said that allotment gardens started in the Roman Empire when the city was densely populated and people grew their food right outside the city walls. At the end of the 19th century, there was a great movement in Germany. As population growth exploded with the onset of industrialization, cities had to set aside plots of land so that working-class families could grow their own food. Named after Moritz Schreber – who systematically developed the parcel culture – Schrebergärten emerged as suburban culture. This culture spread like wildfire to the rest of Europe.In Norway, the first allotment came into existence on the town’s old landfill at Rodeløkka. The gardens were allocated to families living in apartment blocks in the city. At first, the gardens were only to be allowed for cultivating food. Later, people were able to set up small cabins for recreation for the adults and as a sanctuary for the children. In Etterstad kolonihager, you can experience a budding and inspiring artist currently reaping great success for their art. He’s traveled far – from a warm country where the word “colony” is in no way associated with vegetable gardens. The journey has afforded him growth both as a person and as an artist, and he generously shares the fruits of his alternative story. With juicy means and artistic power, he cultivates themes that are often difficult or vulnerable. This experience is guaranteed to sow a seed in the audience. The waiting period is fertile ground for inner growth. The artist who made the number 18 this evening has a green thumb, as it were. He works with soil and clay as an artistic medium and breathes life into every lump he touches. This art almost grows before the audience’s very eyes, and in the end, the entire gate will become a living, organic work of art. The names of the artists will be revealed upon the opening of the door.