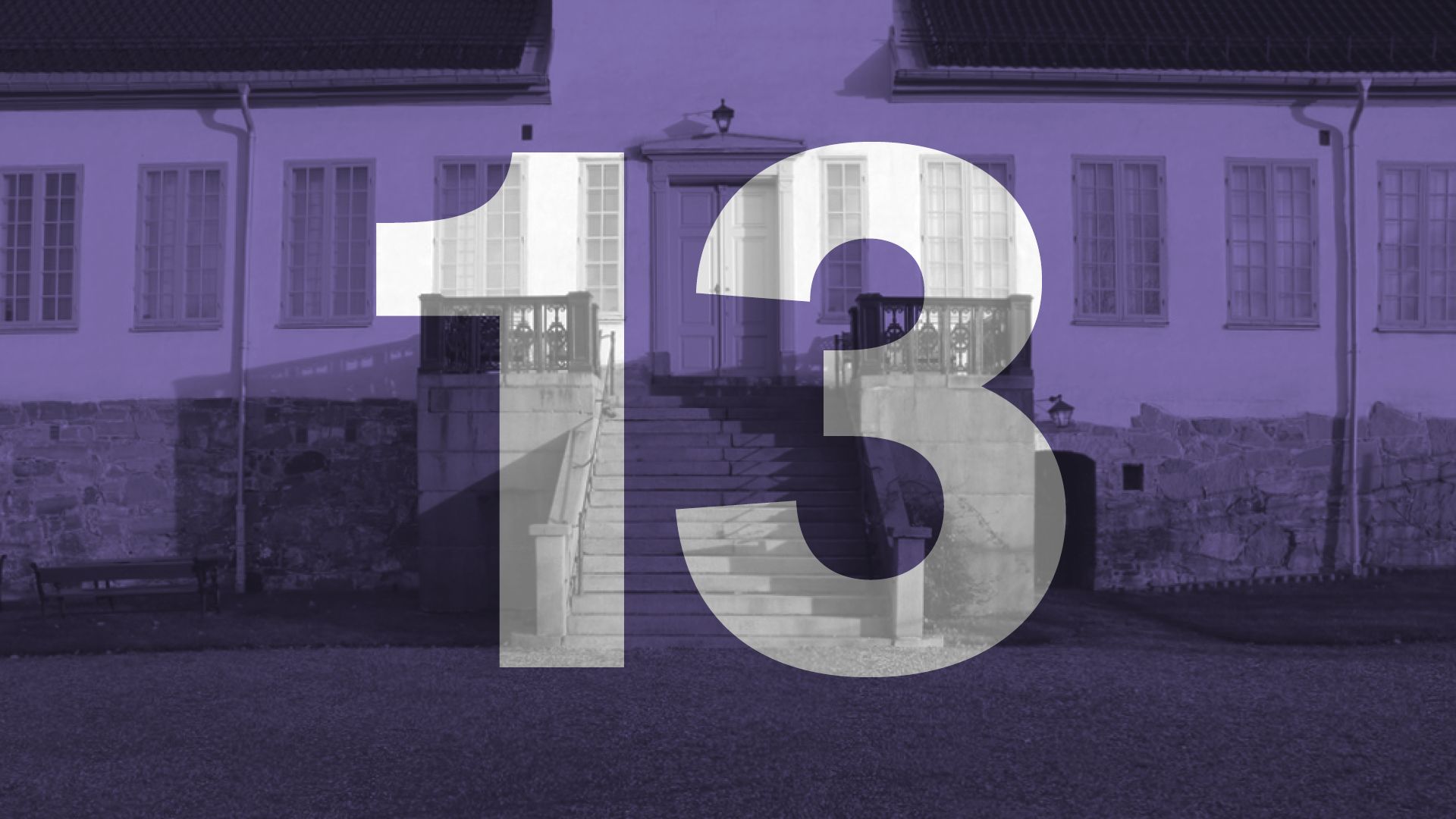 Door number 13 is a massive white double door at the top of the stairs to Ladegården in Gamlebyen. The baroque building from 1725 was built on top of the basement of the Middle Age-era Bispeborg, and was intended to help secure supplies to Akershus Castle and Fortress when the city was moved and called Christiania.

Door 13 opens up to a mix of mystery, history, critical thinking, utopia and science fiction. The number itself is full of mystery. Superstition says that 13 brings misfortune, while in pre-Christian times, it was a lucky number and a sign of fertility. Thirteen represented femininity because it corresponded with the number of lunar cycles in a year. When the solar calendar triumphed over the moon, the number thirteen became an anathema.

The door conceals one of the present-day’s greatest female playwrights and contemporary writers, known for her strong autobiographical works. Ladegården is “loaded” when the artist uses the location as a stage for themes about childhood, language, power, identity and social norms. The spotlight is set upon stories that are never told – stories that will grab hold of you and leave a deep mark.

The visual artist who has created the mythical number on the door is no less dramatic. A burning commitment to cultic superstition about the end of the world combined with a lust modern astrophysics results in an immersive artistic universe where light’s hope is threatened by dark matter.