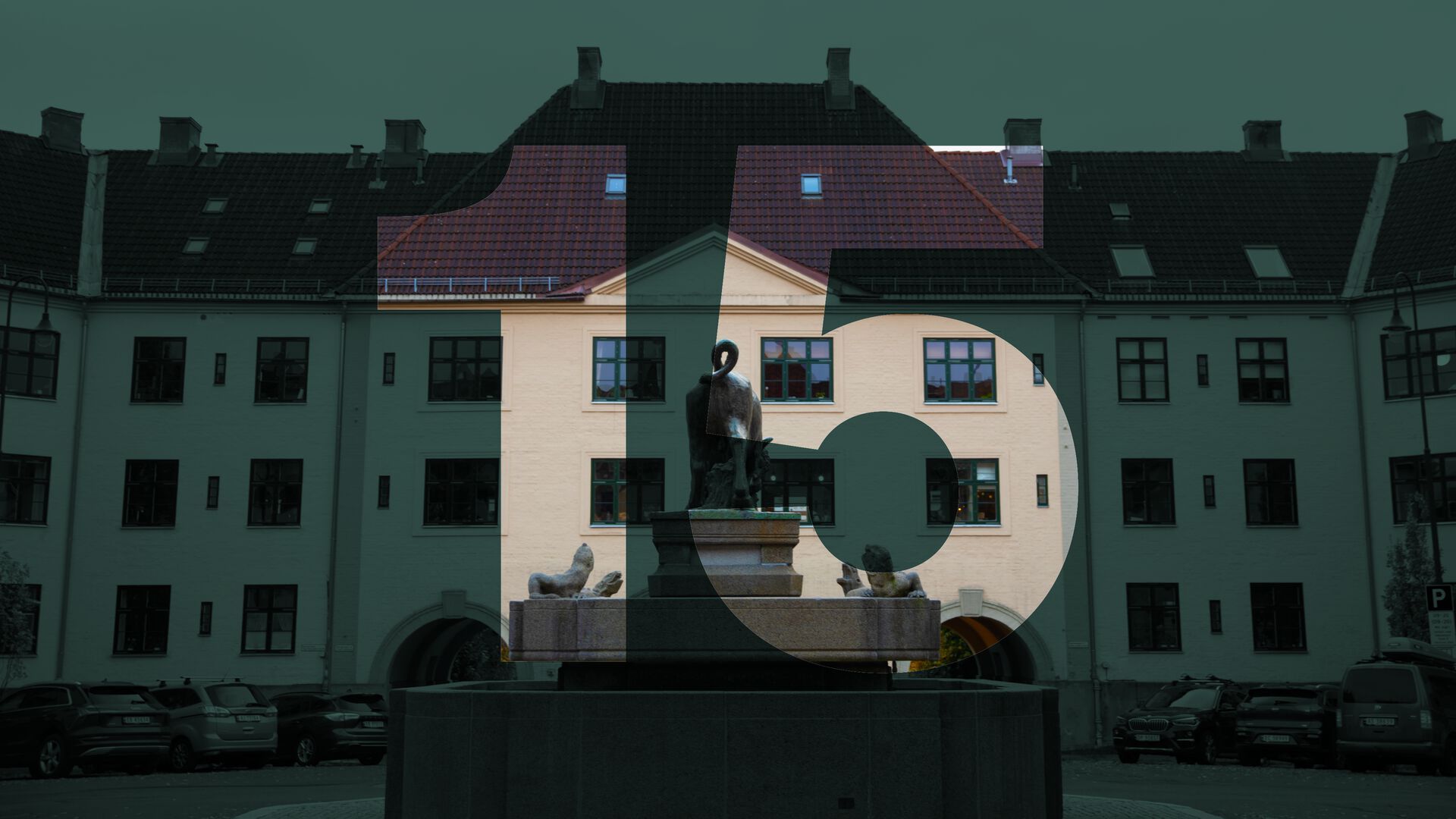 Torshov, locally pronounced ‘Torshaug’ (Thor’s Hill), was once a farm which was built on top of a heathen hof; a site for the worship of Thor, the Norse god of thunder. In other words, the king of the hill.

Haugen (The Hill) later became an area where the proletariat lived in their everyday struggles. The municipality built massive tenements with tiny flats that were affordable even for any Jørgen Hattemaker, the famous working-class hero created in Alf Prøysen’s songs. Oscar Braaten wrote: ‘My earliest memory is from Torshovgata… there was a water pump just inside the fence.’ Braaten wrote with warmth, humour, and empathy in his descriptions of the labourers’ lives, while also addressing issues of unemployment and alcoholism.

Nevertheless, Italiagården’s flats, surrounding Hegermanns Plass with the large bull fountain at its centre, was not for just anybody. Prøysen said: ‘The grass is green for everyone’, but the class divisions remained significant. For those who were feeling the pinch every single day, the view of the golden calf outside was like a red rag. Today, the area has escaped the maze of poverty. Just as in the Greek myth - Ariadne gave Theseus a red string which he tied to the entry of the maze and that helped guide him back out again. The legend has given name to a popular expression in the Scandinavian languages - ‘to follow the red thread’ which means to see continuous connections.

Following the red string all the way from ancient Greece, this night it leads us to Haugen. In the maze of people, cars, buses and trams, art becomes a reply which gives new leads. Perhaps one of them will lead the way out of the dark December night?

Number 15 takes the bull by the horns. In the spirit of Oscar Braaten, the artists deal with topics of existential needs and social aspects. But they take it one step further, to the juxtaposition of reality and fiction. Like toreadors of art, they create a scenic drama which erases all boundaries of theatre, video, performance, and between the private and the public. This is art fit for the gods.